Bryce assists clients with the challenging, critical tasks of expanding the medical product Industrial base and identifying innovative new technologies and industry partners for federal investment. We assure the business of government can continue by providing day to day operational excellence and emergency management support. Learn More

We enable clients to proceed with confidence that their critical information is secure. Our support includes application, information, and network security; end user compliance; and business continuity planning. Learn More

BryceTech is an analytics and engineering firm that partners with science and technology clients. We deliver government program support and business consulting.

BryceTech is a mission-focused SETA contractor that applies analytics and engineering expertise to program management, acquisition support, and IT systems. We develop our own tools and predictive models that help clients make timely decisions to manage future trends.

BryceTech is an analytics and engineering firm that delivers strategy, competitive intelligence, and forecasting. We go beyond management consulting to offer our clients cutting-edge expertise and data with proprietary, research-based models in support ranging from studies and strategic plans through implementation.

BryceTech was named one of the 50 fastest growing small businesses in the government market by Washington Technology. 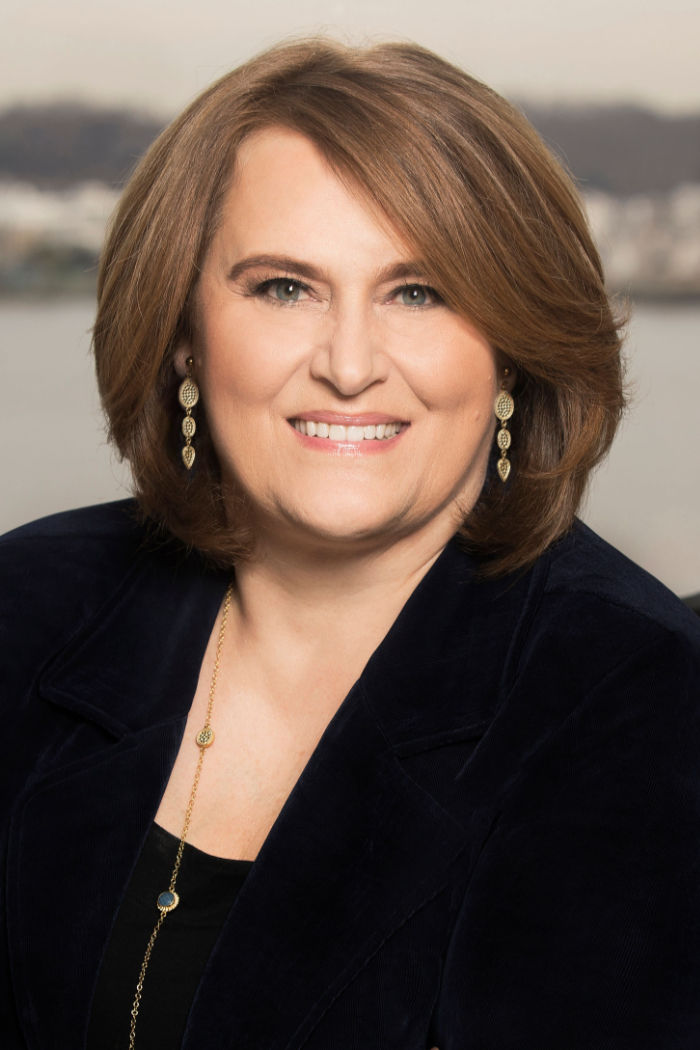 Carissa Christensen is the Chief Executive Officer and founder of Bryce. She previously co-founded defense company The Tauri Group, acquired by LMI in 2019, and quantum computing software company QxBranch, acquired by Rigetti Computing in 2019. She is an active investor who serves on several early stage boards.

Christensen is an internationally-recognized expert on R&D processes, technology forecasting, and the space industry. She is currently a member of the National Research Council Space Technology Industry-Government-University Roundtable, which advises NASA. She has served on the World Economic Forum Global Future Council since 2018. She is a Senior Advisor to the annual US Air Force Schriever Wargame. She serves on the Advisory Council of the Aerospace Corporation’s Center for Space Policy and Strategy.

She guest lectures at universities internationally, has testified before Congress on space markets, and speaks regularly at events, including the White House Frontiers Conference and the Harvard Business School Dialogue. She publishes extensively and is often cited in publications including The New York Times, The Washington Post, Wired, Fortune, and Le Temps. She has also appeared in space documentaries by The Financial Times and Bloomberg.

Christensen is a graduate of Harvard University’s Kennedy School, where she specialized in science and technology policy—and was classmates with Bryce CFO Mark Herzing and COO Ian Dickinson. She attended the London School of Economics and was a Douglass Scholar at Rutgers University. She is a Fellow of the American Institute of Aeronautics and Astronautics. 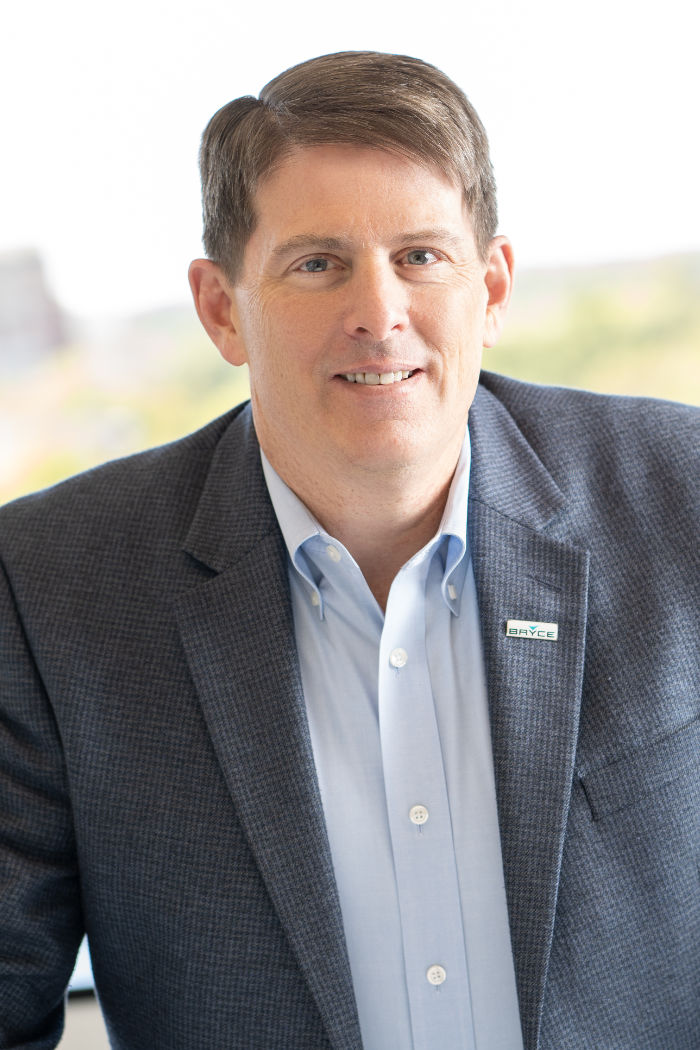 As Chief Operating Officer of Bryce, Brig Gen (Ret.) Ian Dickinson leads day-to-day operations and infrastructure. General Dickinson has served as a leader in cyberspace for military and Government organizations for over 20 years. He managed, maintained, and secured the cyberspace domain used by the Air Force, and he trained warfighters to fight in and protect that domain. He served as Deputy Chief Information Officer of the Joint Staff, ran regional communications for task forces in combat, and oversaw the creation of the first undergraduate cyber training curriculum for Air Force personnel.

General Dickinson is a distinguished graduate of the US Air Force Academy and holds a Bachelor of Science in computer science. He earned his Master of Science in Computer Science from the University of Massachusetts and his Master of Public Policy from Harvard University’s Kennedy School of Government. General Dickinson volunteers as an EMT and firefighter in Fairfax County, Virginia. He sits on the board of directors for multiple technology and arts organizations. 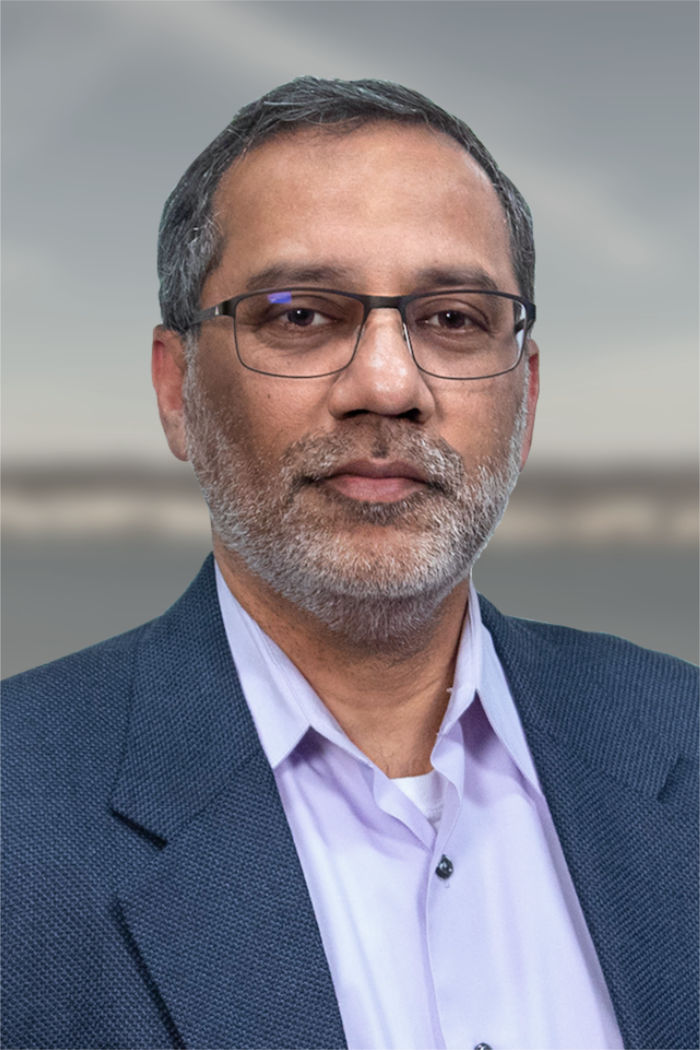 John C. David is the Chief Technology Officer at BryceTech, overseeing the Government program divisions in Space, Defense, and Health markets. David has served as a leader in bioscience and technology for military and government organizations for over 30 years. He will bolster BryceTech’s capabilities by focusing on three key areas: technology trend assessment, mastering innovation, and strategic incorporation of technology into product delivery.

Prior to BryceTech, John David was the Vice President for Health and Biosciences Market Development at Parsons Corporation; Director of Science and Technology at LMI Consulting; and Director of the Asymmetric Threat Mitigation Division at The Tauri Group. David served as a U.S. Naval Officer in both line and staff corps assignments and brings an expert-level understanding of U.S. military and medical R&D requirements. David holds a Master of Science degree in Microbiology from the University of Nebraska-Lincoln and serves on the advisory board of Beyond Barriers 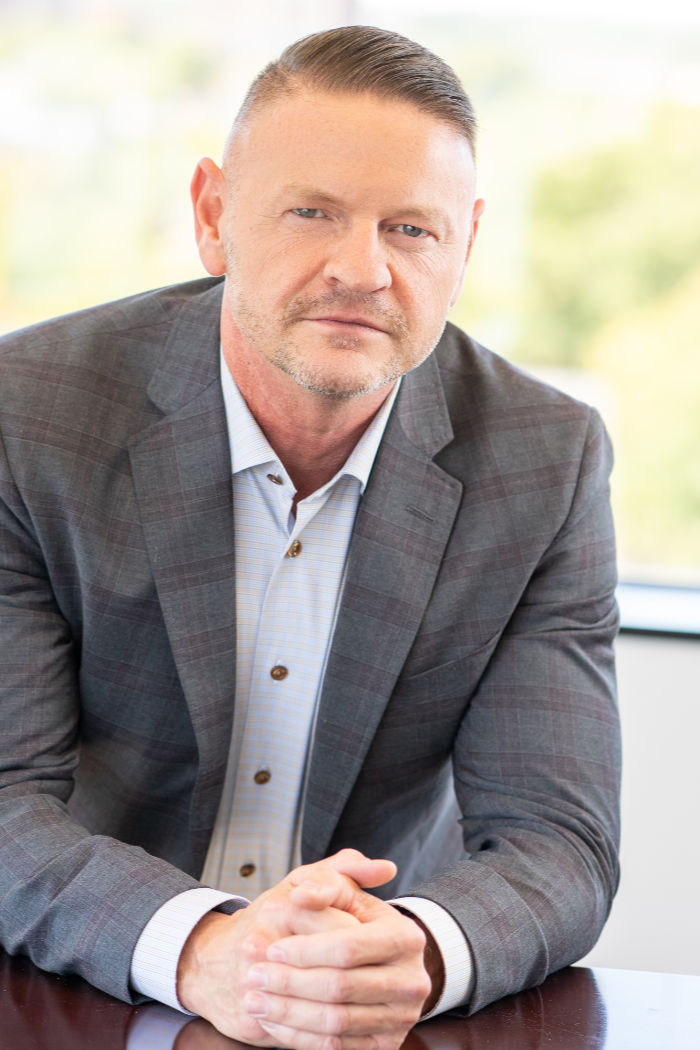 Jeff Mujsce is the Chief Growth Officer at Bryce. He oversees a portfolio of ongoing Government contracts and spearheads Bryce’s growth in the Federal sector. He is responsible for client satisfaction, service delivery, and employee development. Additionally, he directs business and financial management within his division. He cultivates strategic relationships with industry partners to ensure that Bryce’s contracts are optimized for organizational effectiveness and aligned with the company’s growth goals.

Mujsce is a recognized leader in the defense sector and specializes in aerospace, security, and defense equipment and technologies. Prior to joining Bryce, he was Chief Growth Officer of The Tauri Group, where he worked for 14 years. Jeff Mujsce served in the U.S. Marine Corps for 20 years. He earned his Master of Business Administration from Point Loma Nazarene University and his Master of Arts in human resources development from Webster University. He received his Project Management Professional certification from the Project Management Institute in 2009.

Jeff Mujsce is a member of numerous industry groups focused on providing support to the Federal Government. 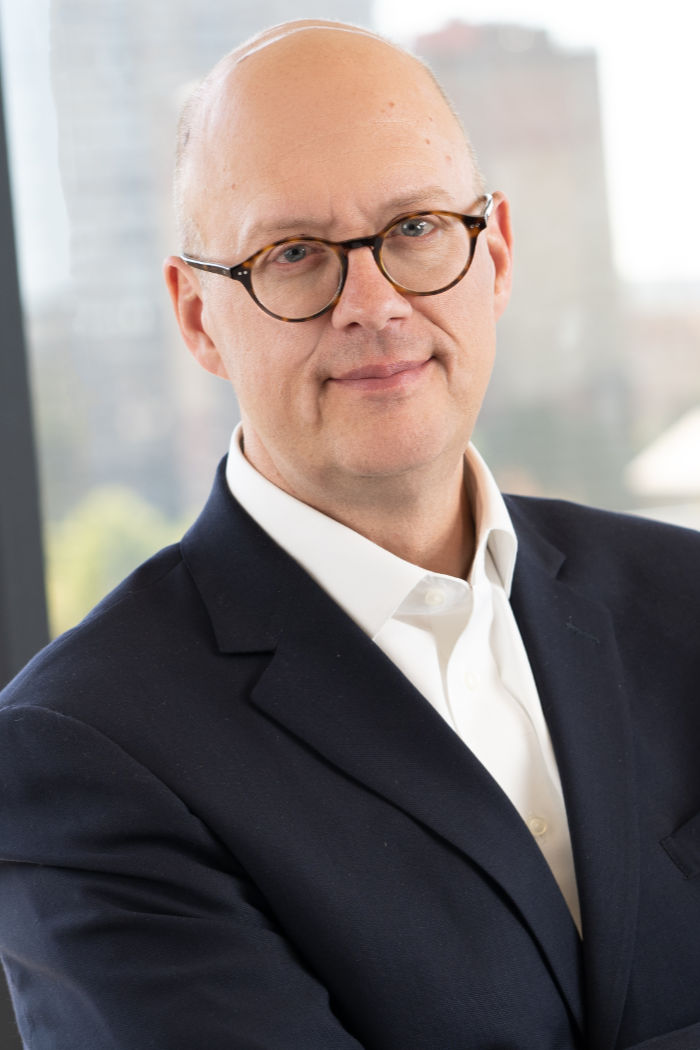 Mark Herzing is the Chief Financial Officer of Bryce, with over 30 years of experience in corporate leadership, financial management, and strategic direction. A former Chief Operating Officer, he also has experience overseeing facilities, contracts, human resources, security, and IT. Mark Herzing has consulted for Government, commercial, and non-profit organizations in diverse disciplines. He is experienced in Government acquisition practices, biodefense, space systems development, information management, and RDT&E program management.

Herzing co-founded and helped achieve double-digit growth for multiple Government services contractors in the defense, homeland security, and civil space markets. He holds a Master of Public Policy from Harvard University’s Kennedy School of Government, where he specialized in science and technology policy.

Mark Herzing has served as an advisor and board member for DC area not-for-profit organizations focused on education, youth enrichment, and the arts. 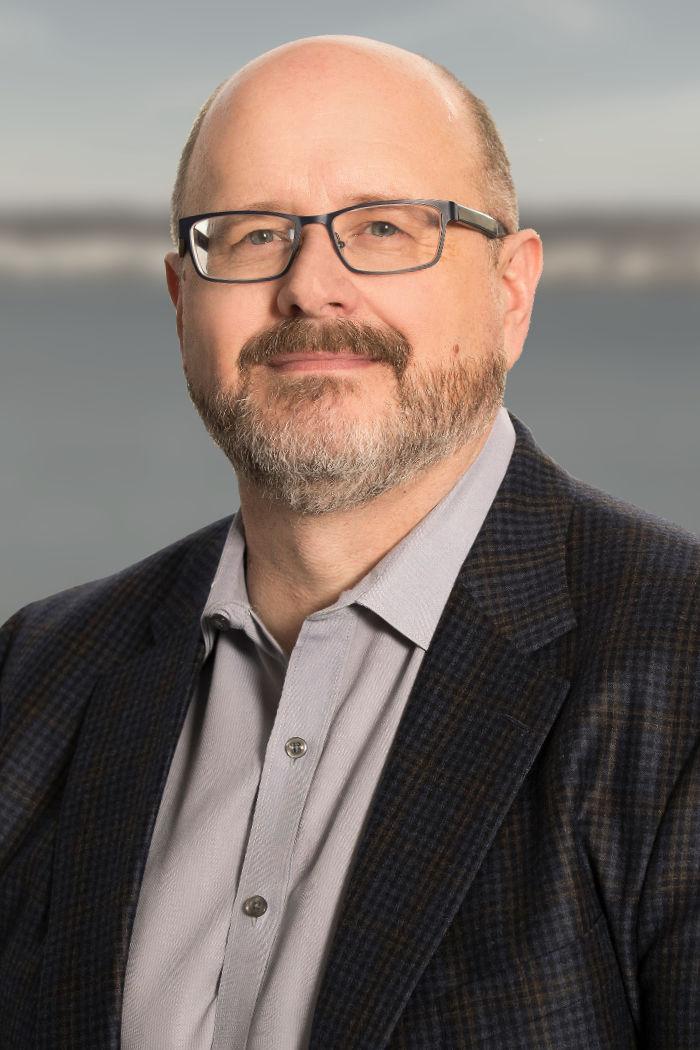 Paul Herzing is the Chief Information Officer at Bryce, with over 20 years of experience innovating enterprise architecture solutions in the Government sector. He oversees Bryce’s enterprise computing operations, manages the company’s regulatory compliance posture, and provisions IT resources to support Bryce’s clients and contracts. He has a background in cloud transition and deployment for data-sensitive services, and he is an expert in the use of open-source software.

Herzing is also a UI designer and software developer with a background in Agile methodologies. He has leadership experience on contracts that won the NASA Group Achievement and Space Flight Awareness Team awards. Prior to Bryce, Paul Herzing was Chief Information Officer of The Tauri Group. He received his Bachelor of Arts from Macalester College. Outside of Bryce, he plays jazz guitar and supports IT operations for several small, non-profit organizations. 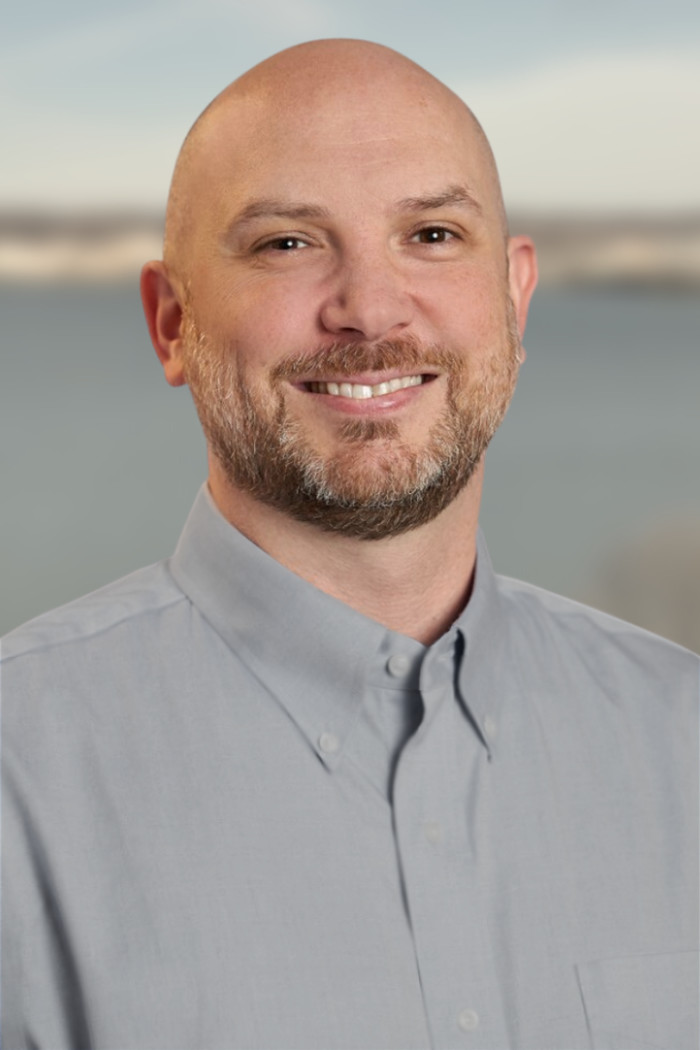 Leshner previously served as the Executive Vice President of Operations for Planet Federal, a subsidiary of the Earth observation company Planet. In this role, Leshner grew geospatial business with the U.S. federal government, led policy engagement with Congress, and oversaw regulatory and compliance functions throughout the organization.

Leshner has a history of distinguished public service, with leadership roles at the White House and NASA. He has supported oversight and strategic direction for U.S. civil space and space science programs at multiple government agencies. He was a Senior Space Policy Analyst at the White House Office of Science and Technology Policy, where he supported the development of the 2010 National Space Policy and championed reforms to better integrate commercial space capabilities. At NASA, Leshner worked on international exploration projects and managed a $150+ million portfolio of innovative small business research.

Leshner holds a Ph.D. in public policy and public administration from George Washington University and a Master’s Degree in aeronautics and astronautics from Stanford University.